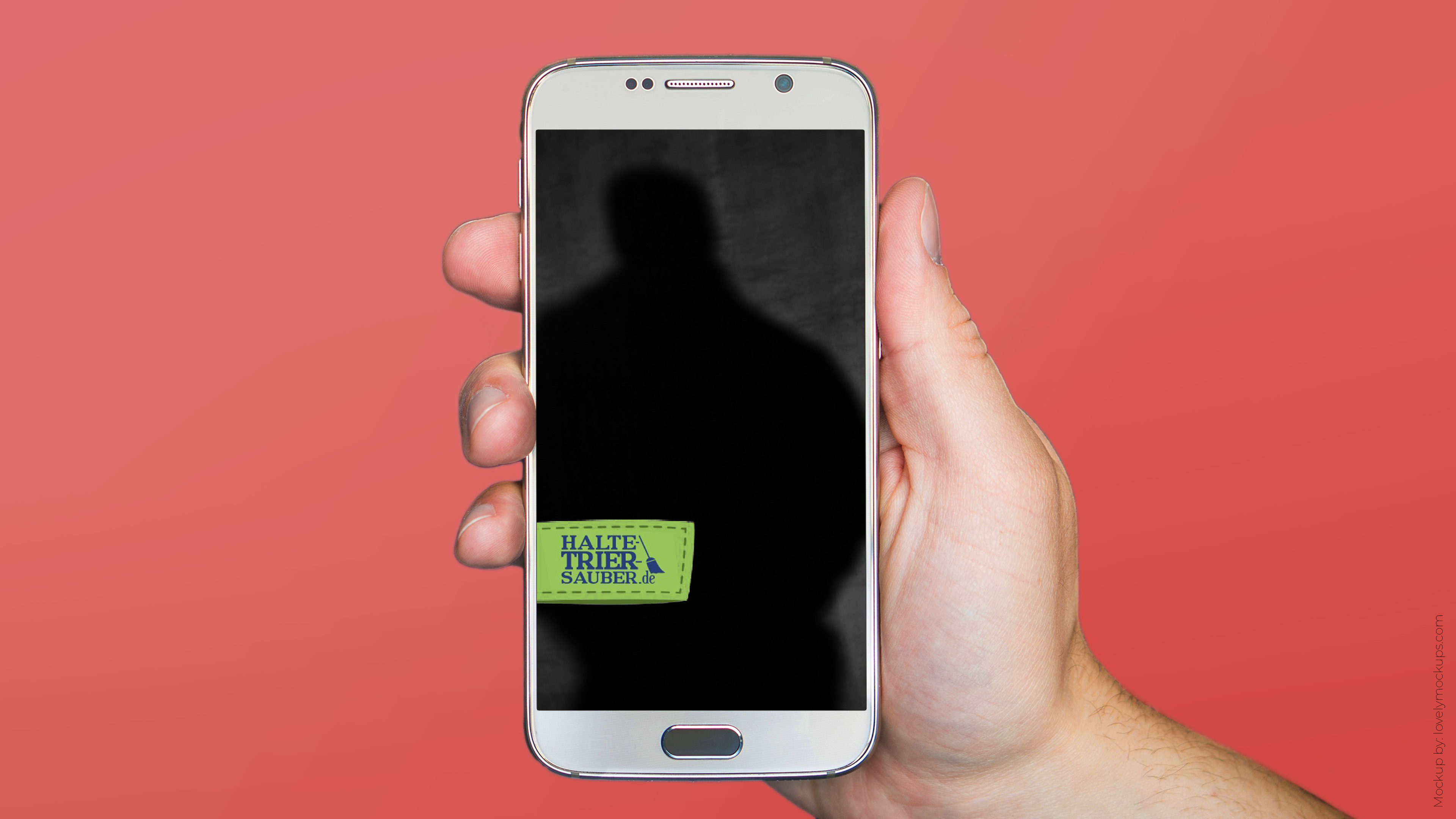 Halte-Trier-sauber.de is the main part of a viral project. The website itself was the main point for visitors to get more information about the hate campaign: The fictional Chris von Trier wants to clean up the city of all “scum” and “dirt”. He does this by calling for incitement and trying to mobilize the citizens of the German city of Trier. These incantations are posted on the related Facebook, Google Plus, Pinterest, Tumblr and YouTube pages. The peak of this trans-media project is a film-noir shortfilm that shows a man killing a homeless person – to “clean up”.

Opulent language, tasteless or even despicable texts are part of the published content, because they belong to the right-wing populist demagogy, which I want to draw attention to. The campaign got attention in various media forms and many of the city’s inhabitants strongly opposed this despising approach of Halte-Trier-sauber.de.
This is precisely the aim of the project: to pay attention to hate speech by right-wing populists at the time of the project’s creation (e.g. PEGIDA).

The project included concept, screen and campaign design and script, direction and editing of the short film. 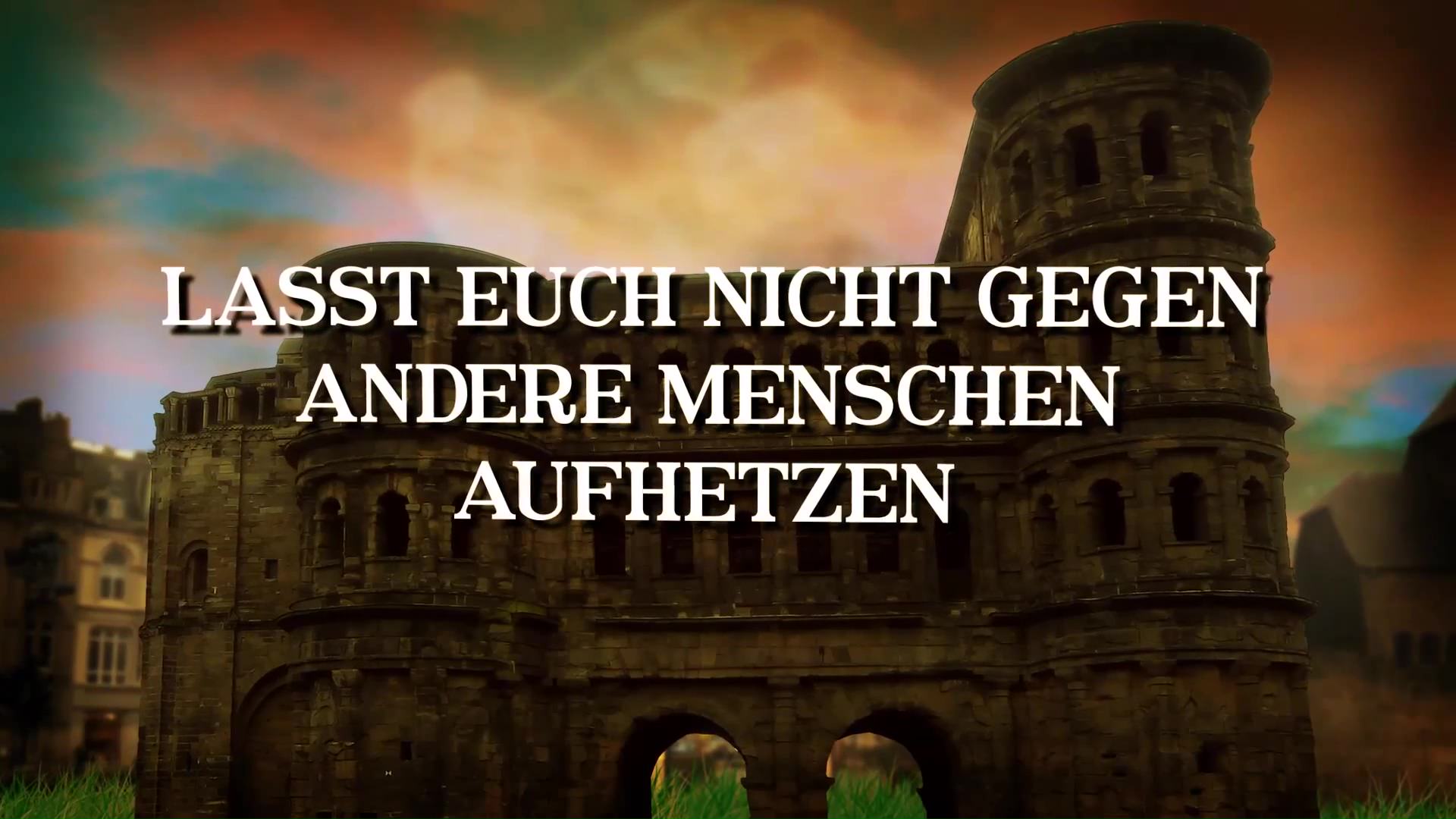 The webpage was built like a leaflet that was distributed in town.

While scrolling and reading the BS depicted on the page, the “promotion trailer” was pushed in front of the audience. 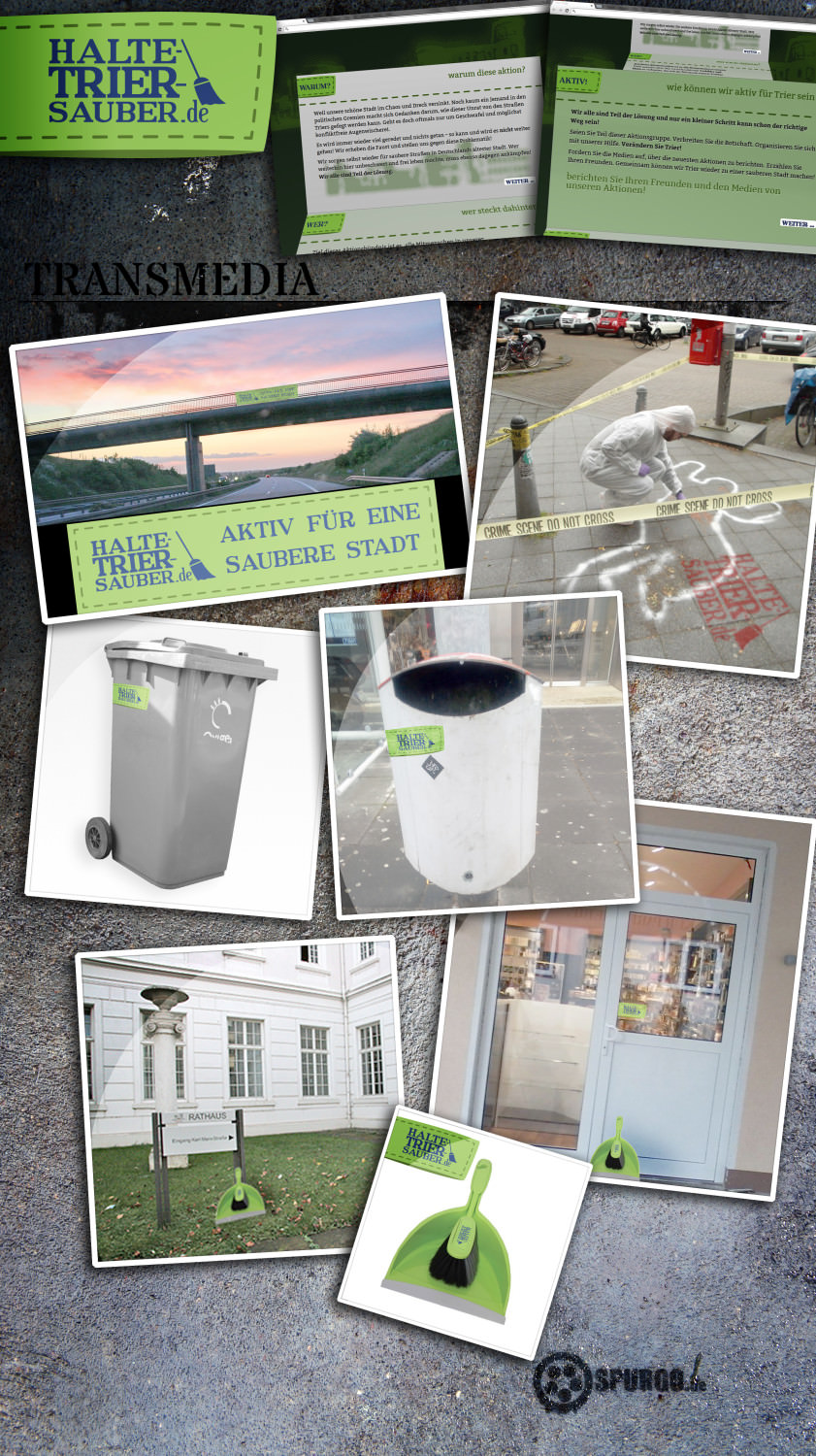 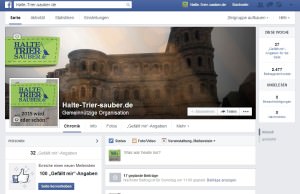 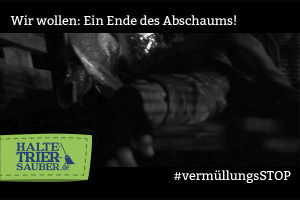 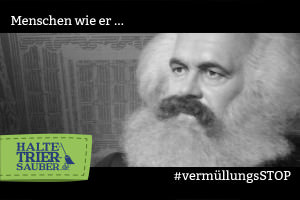 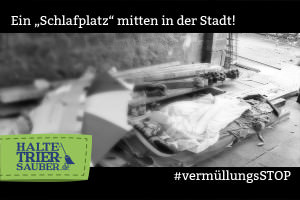 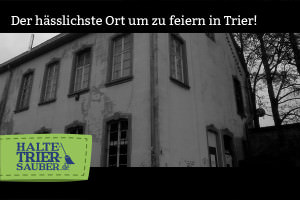 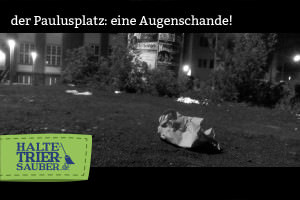 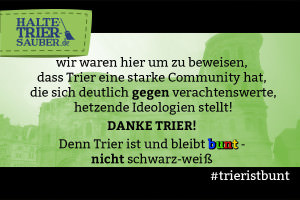 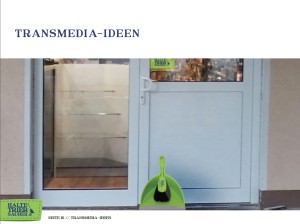 Halte-Trier-sauber.de – Transmedia: Demand for clean-up – at shopentries in the morning hours … 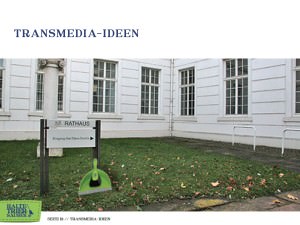 Halte-Trier-sauber.de – Transmedia: Demand for clean-up – in front of the city hall …

It was very important to spread the word about the ‘hate-campagne’. That’s why I set up interacting (transmedial) elements that would conclude the whole story and event. It was supposed to generate anger and hate against the (unknown) originator. Only to end up in revealing the ‘true’ conclusion: Fight racism with anger and rage.

NOTICE All logos shown in the images above are the property of their respective legal owners and are shown here only in the context of my work. I expressly do not claim ownership of the logos and trademarks shown. For any questions about my work, please feel free to contact me.

GET YOUR STORY TOLD

Empower your audience: Together we can help shaping this world into a better place – with your story!

This website uses cookies to improve your experience while you navigate through the website. Out of these, the cookies that are categorized as necessary are stored on your browser as they are essential for the working of basic functionalities of the website. We also use third-party cookies that help us analyze and understand how you use this website. These cookies will be stored in your browser only with your consent. You also have the option to opt-out of these cookies. But opting out of some of these cookies may affect your browsing experience.
Necessary Always Enabled
Necessary cookies are absolutely essential for the website to function properly. This category only includes cookies that ensures basic functionalities and security features of the website. These cookies do not store any personal information.
SAVE & ACCEPT